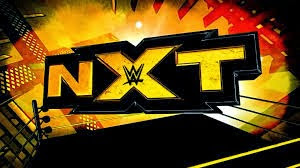 It's been a while since I last reviewed NXT, and it was at a point where I wasn't paying too much attention to it, whilst now I can never miss an episode and Raw's the one I'm not paying attention to.
All I do with Raw now is watch the highlights on YouTube the morning after. You guys should try it too. Only takes about twenty minutes to get the main points across.

Anyway let's see what's going on in NXT this week as we head towards Unstoppable.


We start off with a video package which shows us John Cena's US Open Challenge on Raw as it led to Zayn's injury which will keep him out for a while, unfortunately. Looks like he may still be facing Owens at Unstoppable though.

Solomon Crowe vs Baron Corbin
Holy shit. I have no idea who's winning this one. That's awesome! Crowe has a new hairdo and it sounds like he has new music too. Rhyming. I'm still waiting for him to really impress me, but I've only seen him a couple of times so I can be patient. I thought the fans were chanting 'boring' but it sounds more like 'Corbin'. This was really short but it was high impact and stiff while it lasted. I liked it. Corbin hits End of Days for the win. *

Here comes Rhyno. By the way I totally marked out when he came back. Definitely an underrated worker. Corbin accepts his challenge for Unstoppable and a brawl breaks out. Security comes to break it up and Rhyno gores a couple of them. Looking forward to that match.

Sasha Banks vs Black Shorts
I call her Black Shorts because that's what it sounded like the crowd was chanting, plus she didn't get an intro. Black Shorts and Blue Pants immediately need to become a team. It's really hard to boo Sasha because she's just so amazing at what she does. They better use her well when she eventually heads to the main roster. Just a squash match for Sasha here but it was fun to watch. 1/2*


Sounds like we're getting a women's tag match at Unstoppable featuring Charlotte & Bayley vs Dana Brooke & Emma. The more divas the better.

Carmella vs Alexa Bliss
Yeah I'm really not a big fan of Carmella. They need to get her away from Enzo & Big Cass as soon as possible. During the match, Blake & Murphy come down to watch Carmella. This was a bit longer than the last women's match, but this one was much sloppier. I think that was mostly due to Carmella and you could tell that Bliss was walking her through the match. 1/4*

I'll admit that I liked Carmella talking after the match as she sounds more natural when she's doing the Sawft spelling. Loved the crowd's 'Creepers' and 'No means no' chants towards B&M.

Finn Balor & Hideo Itami vs Tyler Breeze & Adam Rose
I believe this is tonight's main event. Great to see Balor in action again for what seems like the first time in a while. He's definitely my favourite talent at the moment and I can see him being a huge star in the future, as long as they don't fuck him up on the main roster. The triple threat match at Unstoppable should be awesome and if we don't see a GTS I'm gonna punch someone. Entertaining match with a nice finish as Hideo and Balor fight over the chance to win the match and show the other up and it cost them the victory. **1/4

Breeze takes out everyone afterwards, including Rose.


We get some comments from Sami Zayn after his match with Cena on Raw.

Sami Zayn comes down to the ring for a Face to Face confrontation with Kevin Owens. I think there was a little editing work done here as the camera totally focused on Owens while Zayn was talking about injuring his shoulder against Cena. I forgot that these shows are taped in advance. Zayn wants to know why Owens attacked him. Zayn mentions Owens' son and he looks very annoyed at that mention. He says his son would rather wear a Zayn shirt to school than an Owens' shirt. Ouch low blow. Owens' walks away and says that after Takeover, Zayn won't come back again.

Good show and the build up to Takeover has been awesome and I cannot wait for it. NXT is the place to be.