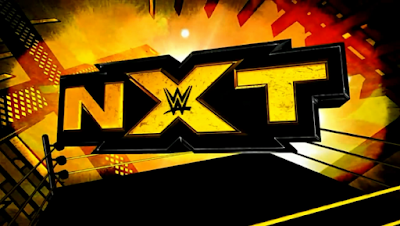 Time for another anticipated episode of NXT. Tonight we're getting a Women's Title match which I'm looking forward to watching.


Tonight we're in the CFE arena for the show and that's quite a big crowd.


Baron Corbin vs Johnny Gargano
Corbin is still pissed off that he's not in the rematch between Zayn and Joe since he was the one who tapped at the end of the Triple Threat. Gargano gets a big reaction from the crowd. Pretty good match here which surprised me as I was expecting a squash. Gargano got some great offence in here and looked like he about to come away with the win which amazed me. Corbin managed to outsmart Gargano though and hit the End of Days for the win. **1/4

The Hype Bros vs Skyler & Hollis
I guess it's nice to see The Hype Bros getting a win after their loss to the Vaudevillains last week, even if it's against Walter White's wife and a guy named Hollis. Short but fun squash match. Hype Bros get the win with the Hype Ryder. *


Next week is Sami Zayn vs Samoa Joe. I cannot wait.

Alexa Bliss vs Cameron
Oh God this can't be good. Poor Alexa. Alexa has new music and looks to have a Nightmare on Elm Street-inspired outfit tonight. Strange they went for heel v heel here. Cameron's getting the same reaction Eva Marie got on her return. Bliss was definitely treated as the face here. Not a very good match overall as Cameron looked lost out there and Bliss looked like she was struggling to carry her. Cameron could use a TON more work. Bliss wins with the top rope splash. 1/2*

Elias Samson vs Jesse Sorensen
I'm still not sure where they're going with Samson as a character as he's not really that impressive in the ring either. Jesse is more well known in his time at TNA. Just a squash here as Jesse got no offence at all. It felt longer than it was. Elias wins with the swinging neckbreaker. 1/4*

Bayley vs Carmella
The NXT Women's Championship is on the line. I like the way they've been making this a big deal for the past few weeks and the show has been building it up with interview segments. The awesome show 'Breaking Ground' definitely helped with this and has made the match feel that more personal. This was a great match and Carmella really surprised me with her performance. She has really improved and this is easily her best match yet. Her two suicide dives were awesome and let to a good nearfall. Bayley was her usual terrific self and got the win after trading pins. Great main event. ***1/2

After the match, Eva Marie and Nia Jax come out for the assault which leads to a couple of leg drops on Carmella. Eva is a heat magnet. Asuka comes out to make the save and kill everyone. Asuka sends Jax and Eva running off and has a staredown with Bayley to give us a Holy Shit moment to end the show.


That main event and ending is definitely enough to make this show a recommended viewing, even if a couple of the squash matches weren't that interesting. Check out the ending for sure.

As usual, here's my plug for my movie blog, featuring a review of Deadpool: casualmovies.blogspot.co.uk
Posted by rossd971 at 12:06